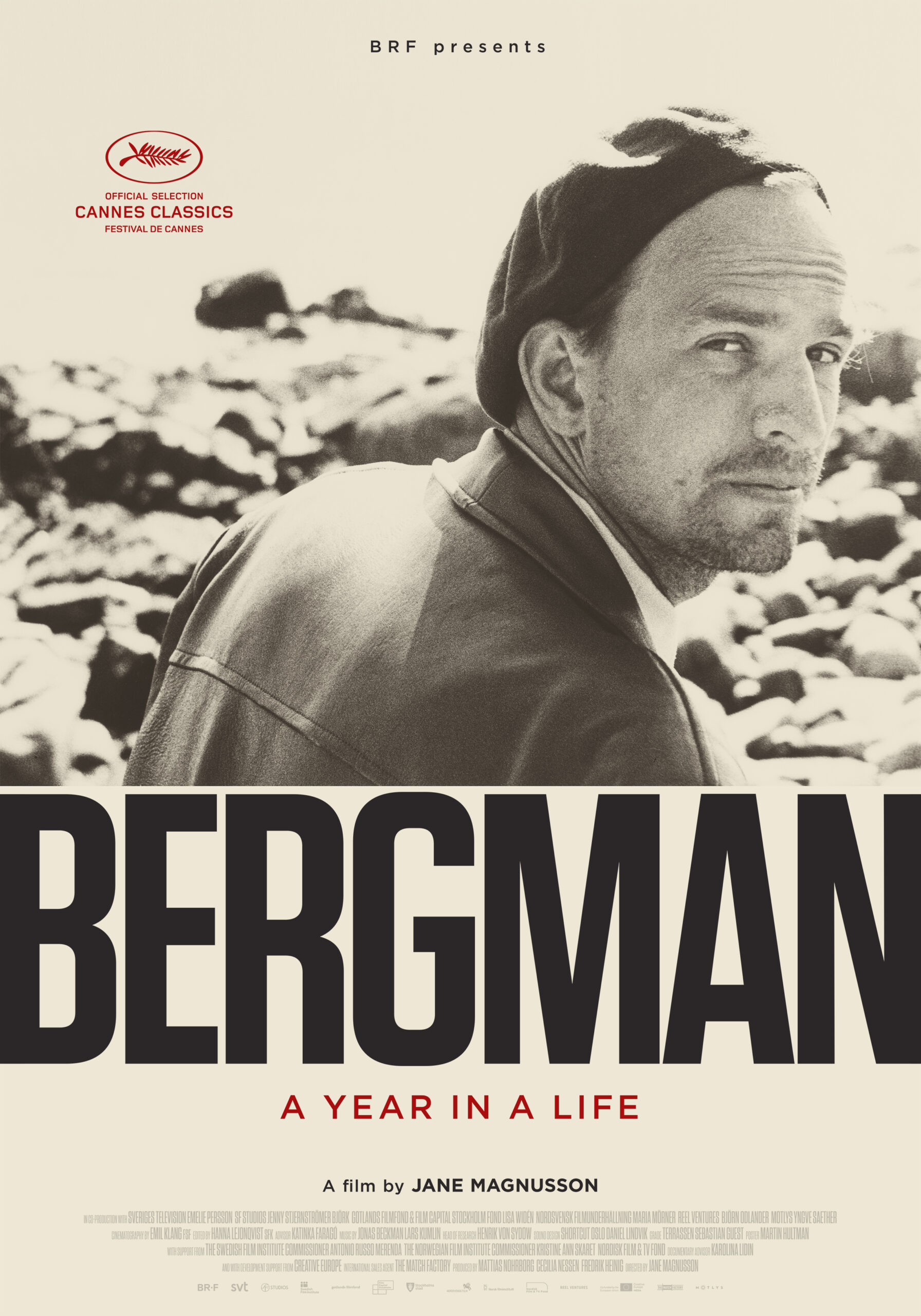 About the projectMore on IMDB

Jane Magnusson’s documentary “Bergman – A year in the life”, which premiered on this year’s Cannes Film Festival, was received by fantastic reviews by international press, as well as selected by Variety Critics as one of the 12 Best Movies From Cannes 2018. And it received the European Film Academy award for “Best Documentary” of 2018. The film focuses on Bergman’s most productive year 1957. One of the most prolific years for the Swedish director, where he shot two films, opened two of his most celebrated films, produced four plays, a TV movie and all whilst juggling with a complicated private life. The film reveals previously untold stories and information about Ingmar Bergman’s life and character, but also discloses his inner life through his own words.